A Look At Decision-Making Responsibility And The COVID-19 Vaccine

Determining parenting arrangements after a separation can be challenging if the parents are in frequent disagreement. While many parents are able to put their personal differences aside when it comes to co-parenting, others are seriously opposed to the involvement of their former partner or their ability to make decisions when it comes to their children.

This is especially true when it comes to making major life decisions about their children’s wellbeing in critical areas such as health care or education. These decision-making duties are usually decided in negotiated separation agreements. If the issues cannot be negotiated, a court may make decisions about how the parents are awarded decision-making responsibility and parenting time.

What happens, though, when new issues arise, after the parties enter a separation agreement and/or receive a court order, that parents can simply not agree on? Ontario’s COVID-19 vaccine rollout is still precarious, but within the coming months, it appears that the shot may become eligible to all Ontarians. Depending on the advice of medical experts, that may well include children and teenagers who are too young to independently make their own medical decisions. If their parents cannot agree, who then gets to decide on the child’s vaccinations?

Best Interests of the Child

In planning a child’s future upon the separation of their parents, the Court assigns parents two key categories of responsibility, and it is crucial to note that the legal names of these categories have recently changed. Parenting Time, formerly known as access, determines how much time each parent is entitled to spend with their child. Decision-Making Responsibility, formerly known as custody, is a parent’s entitlement to make decisions on their child’s behalf.

There are other factors, but when it comes to health care decisions that the last one may be the most influential. If a child has been well-cared for by both parents and the parents have been able to come together on medical decisions previously, the Courts are likely to recognize this when awarding decision-making responsibility. If the parents have fundamental disagreements however on a child’s medical care, the Court will naturally take a closer look.

The Court has assessed the best interests of the child when it comes to medical care such as vaccinations repeatedly, and a recent case from the Ontario Court of Justice sheds light on how the COVID-19 vaccine may be treated by courts moving forward.

In Tarkowski v. Lemieux, 2020 ONCJ 280, both parents sought sole decision-making responsibility and parenting time for their 7-year-old daughter Avery. The parents had met in a drug rehabilitation centre, and their years together appear to have been affected by substance abuse and allegations of violence. However, neither party was alleged to be abusing drugs or alcohol at the time of their proceedings. Prior to the trial, Avery was living with her mother under a temporary court order, which the mother had sought to make permanent. The father, alternatively, proposed that the child lives with him and his new wife and their daughter. Both parents presented the Court with thoroughly detailed plans for Avery’s care.

The Court awarded the mother sole custody (as it was then known) and the father specified access according to a court order – with one key exception. Avery’s father, Mr. Tarkowski, received sole decision-making responsibility over Avery’s vaccine schedule, including whether or not she may eventually receive the COVID-19 vaccine.

While Avery’s mother, Ms. Lemieux, was taking excellent care of Avery’s overall health, the Court expressed concern with her concerns about vaccines in general. The Court heard evidence during the trial that Avery’s mother had been reluctant to vaccinate Avery at all, that she distrusted Western medicine, and went so far as to fraudulently claim a religious exemption to her school and insisted that Avery receive her vaccinations one at a time over the course of several years despite a lack of scientific evidence for this approach. It was instead Mr. Tarkowski who educated himself on the science and insisted that Avery be vaccinated.

In analyzing the potential COVID-19 vaccine specifically, the Court held, “As any vaccine may pose some risk, and a new vaccine may pose unknown risks, it is imperative that Avery’s parents receive the same advice on this issue from a medical health professional.” If, however, the parents could not agree after consulting with Avery’s doctor, Mr. Tarkowski was given the right to authorize Avery to receive the COVID-19 vaccine is recommended, along with any other vaccinations that she may later require in her childhood.

The Tarkowski v. Lemieux case illustrates how courts may handle debate between separated parents over the COVID-19 vaccine moving forward. The solution may appear to be unique, given that the mother otherwise has full control over the child’s wellbeing. However, the Court found that where the mother had dropped the ball on one key issue, it was the father who better represented the child’s best interests when it came to following medical science.

While a court can ultimately resolve such disputes, it is significantly easier to tackle issues like vaccinations when negotiating a separation agreement. A well-drafted separation agreement should be thorough enough to provide the parties with a blueprint for how to tackle practically any medical issue that may arise, including by outlining a plan for how to address new unanticipated medical issues or when the parents otherwise disagree on medical decisions. . Additionally, parents should remember that teenage children are often mature enough to provide their own medical consent, and healthcare professionals are trained to follow their guidance as patients if they are capable of expressing their wishes.

At Pavey Law, our family lawyers regularly assist in negotiating separation agreements that allow our clients to best represent their child(ren)’s interests. We work with parents throughout the Cambridge, Kitchener, and Waterloo area when they have to negotiate difficult decisions on their child’s future health care. Contact us today to learn more about how we can help you and your family move forward through this process. 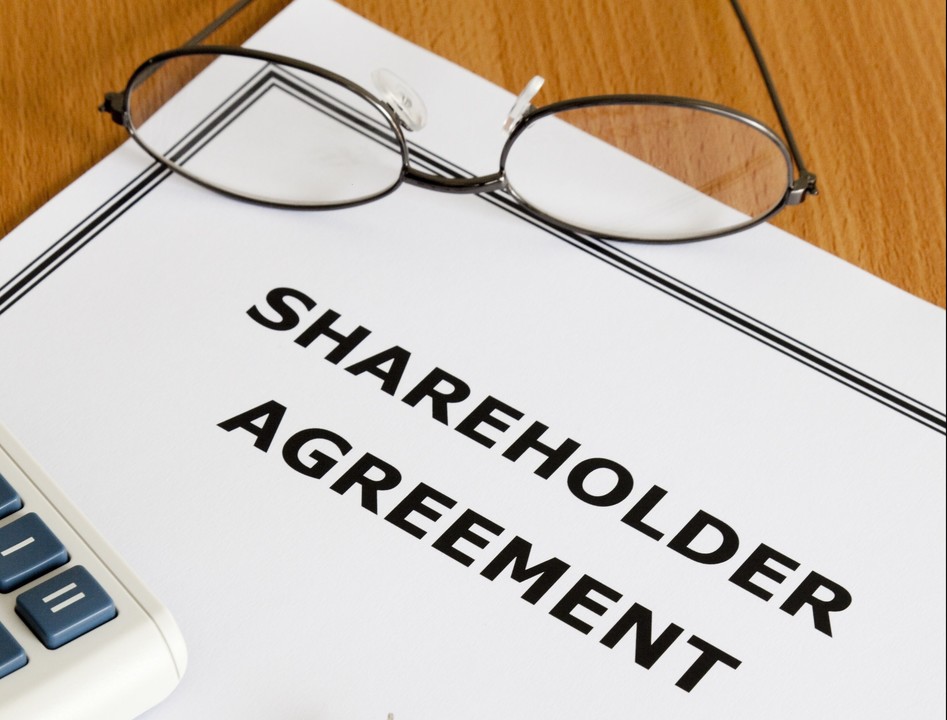 Shareholder Agreements 101 – What You Need To Know

Shareholder Agreements 101 – What You Need To Know